Solve’s Gmail Add-on. Simple, modern and highly useful. Empower team members who do their best work out of Gmail.

Because the contacts are hosted in Solve the details are consistent, creating a single version of the truth across the entire team. 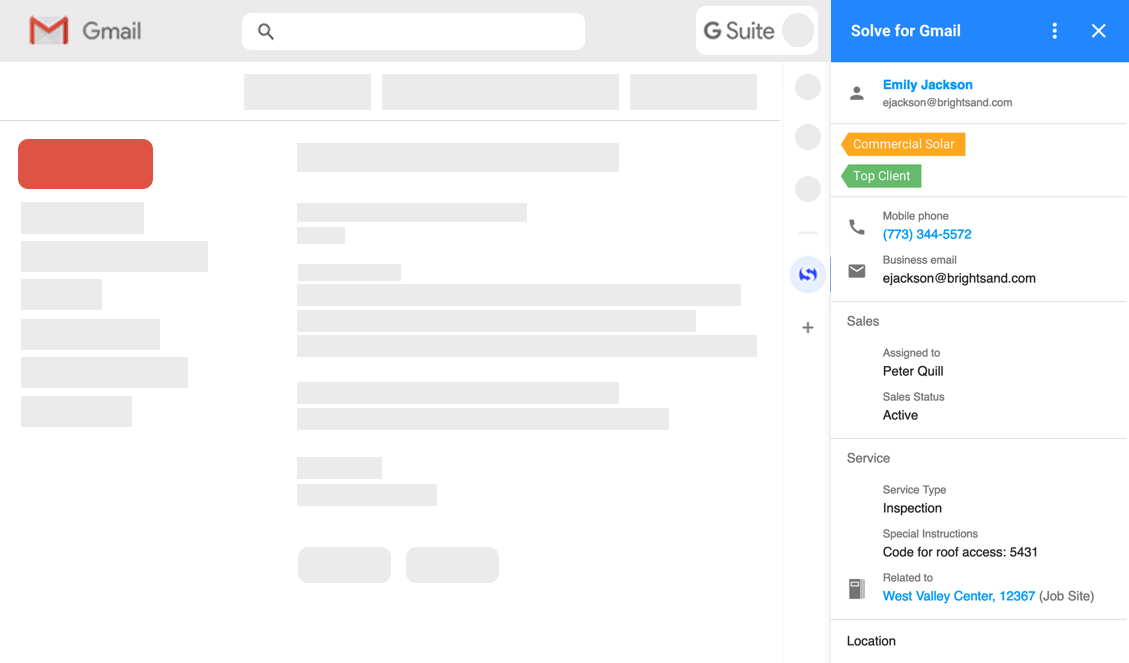 Gmail Add-ons automatically install to Android devices, breaking new ground by extending the usefulness of “Solve for Gmail” to mobile.

Google is working with Apple to bring Gmail Add-ons to iOS; however, no timeline has been announced.

Solve’s Gmail Add-on is available to all Solve users at no additional cost. It can be installed for either an entire G Suite domain or individual Gmail users.